ISTO Americas, through its President and Director, attended activities in Merida, Mexico and Medellin, Colombia along with members of the organisation.

From 16 to 19 November, the 45th edition of the Tianguis Turístico México 2021 was held in Merida, which is the most significant event in the tourism sector and a major business forum for national and international buyers as well as exhibitors from throughout the country.

ISTO President for the Americas, Sergio Rodriguez Abitia, took part in the event by holding important meetings with Mexican members, as well as officially welcoming the new members joining the ISTO global network in 2022. 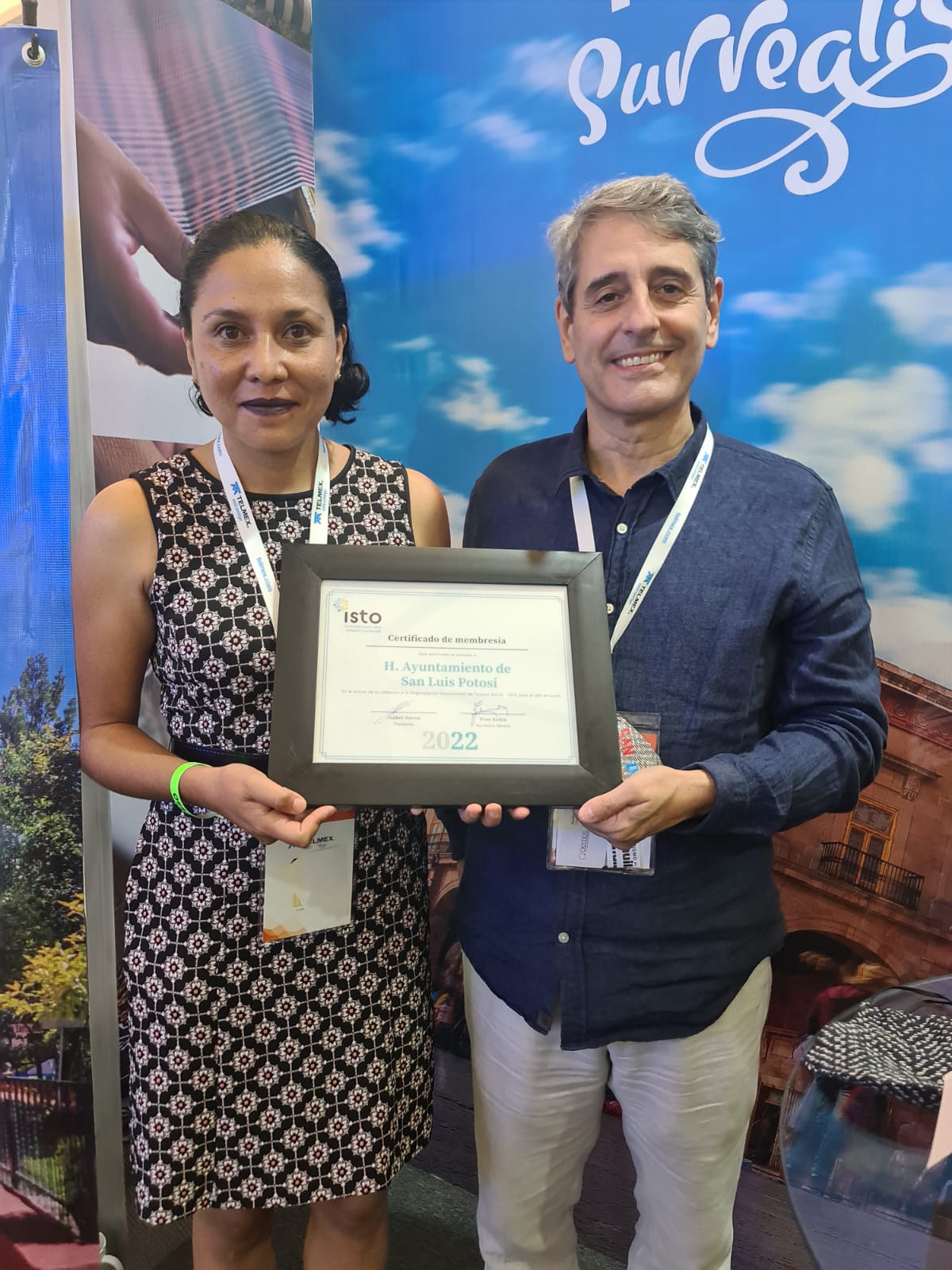 Claudia Peralta, Director of Tourism of the Municipality of San Luis Potosí receiving the 2022 membership certificate from Sergio Rodríguez Abitia, ISTO President for the Americas.

This was followed by the delivery of the 2021 membership certificate to the Director of the Ibero-American Institute for Inclusive Tourism, Diana Martinez, an organisation that joined ISTO last June. 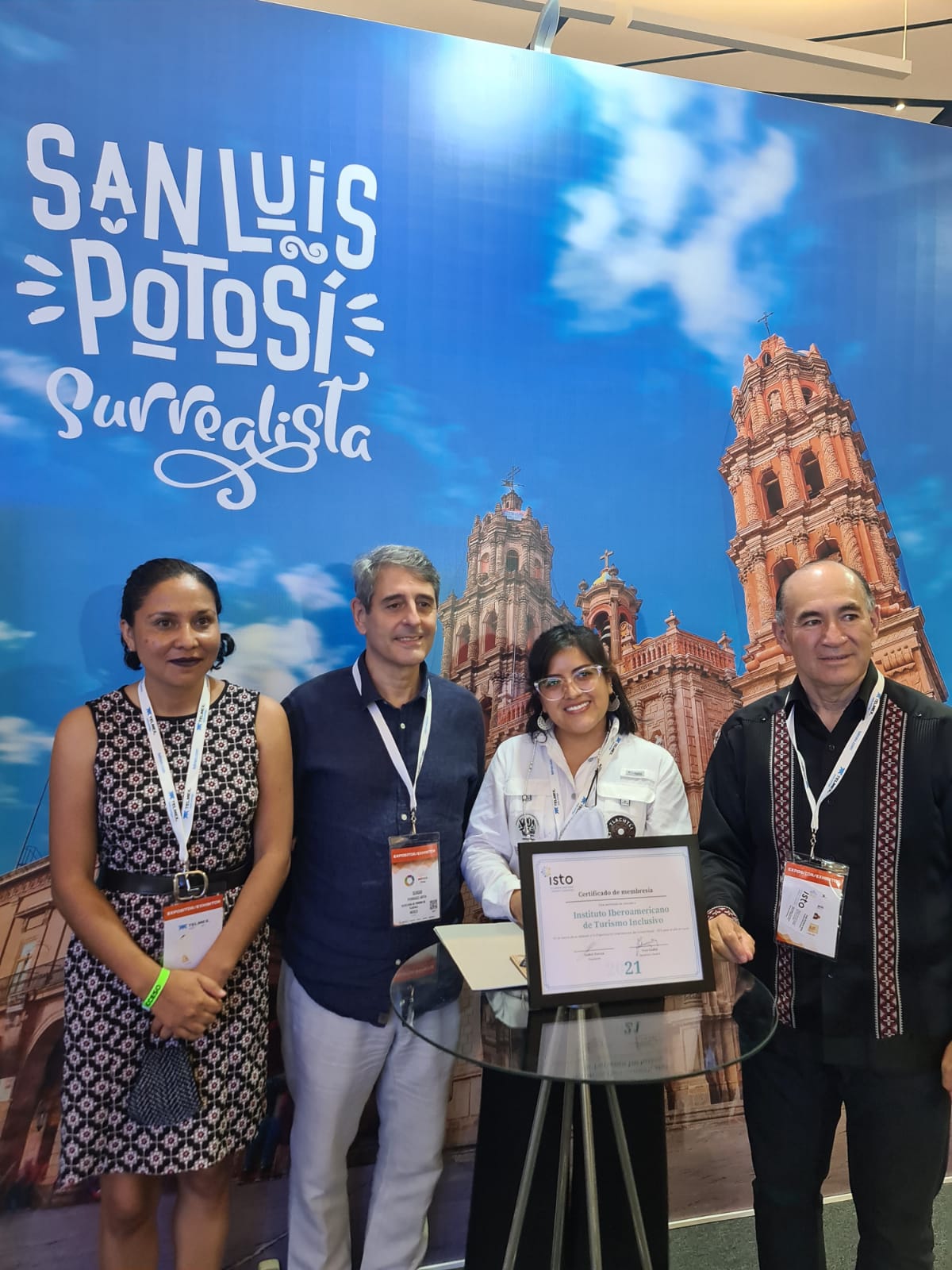 In the framework of this Tianguis Turístico Mérida 2021, ISTO also celebrated a collaboration agreement with the State of Guerrero, through its Ministry of Tourism. The agreement was signed by the Secretary of Tourism, Santos Ramírez Cuevas and Sergio Rodríguez Abitia, ISTO President for the Americas, with the Governor of Guerrero, Evelyn Salgado Pineda, Miguel Torruco Marqués, Secretary of Tourism of Mexico and Abelina López Rodríguez, Municipal President of Acapulco, along with other outstanding actors who attended the event. 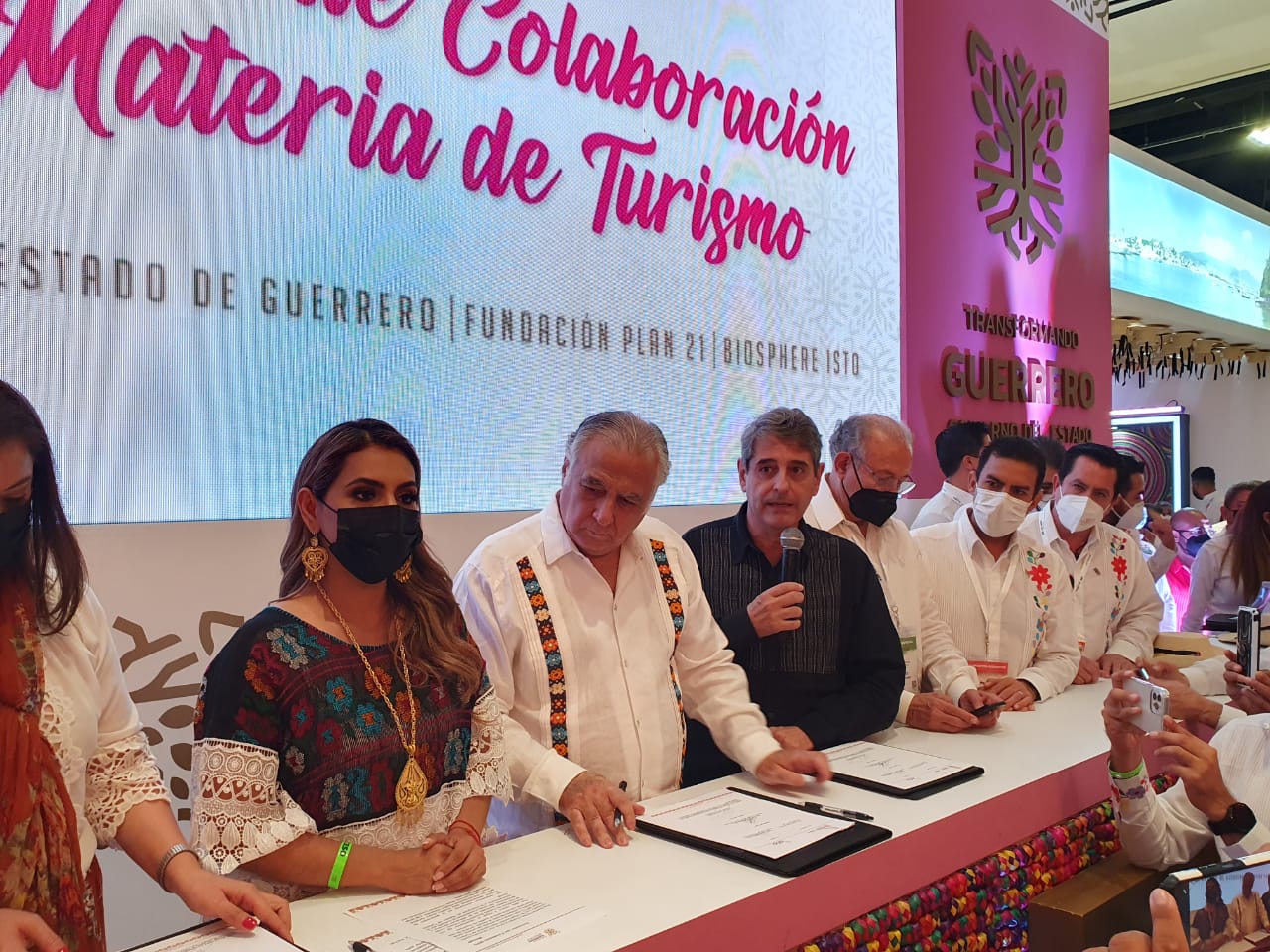 This Tianguis Turístico was also the opportunity to welcome the government of Baja California, which as part of its actions to #RenacerDelTurismo joins ISTO, and prepares sustainable actions for the end of 2021 and 2022 with the intention of allowing tourism to be inclusive and accessible for the entire population. 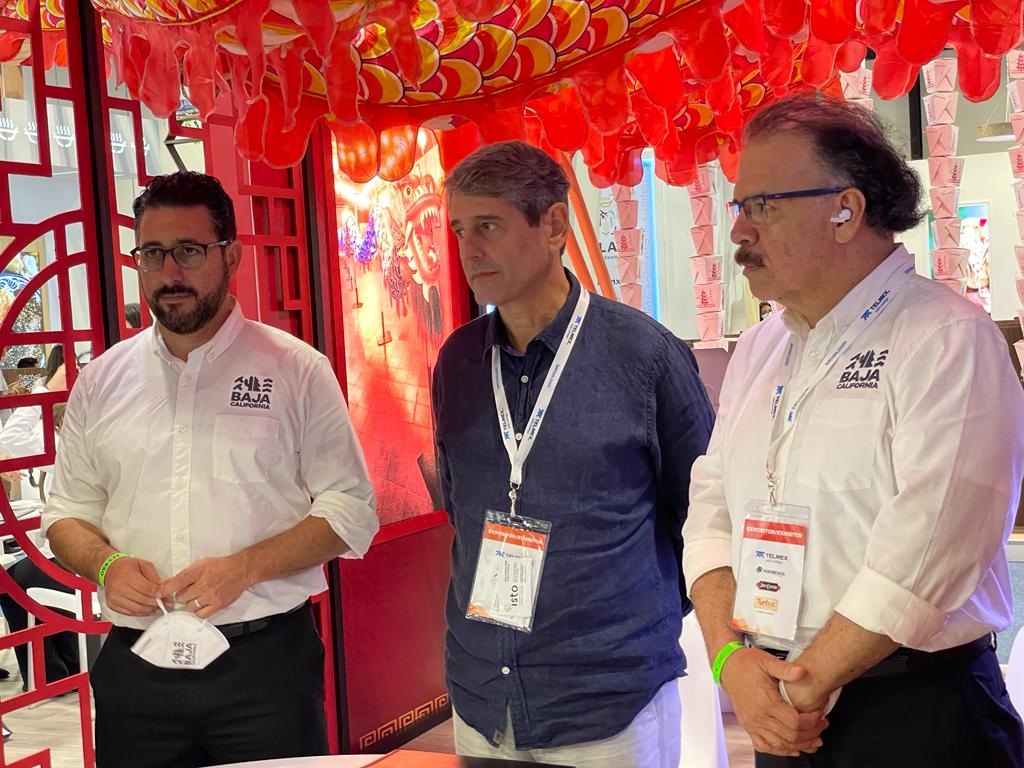 Finally, and to conclude this series of agreements and new memberships to ISTO, the Ministry of Tourism of Tlaxcala received its membership certificate, which confirms its adhesion to ISTO in 2022. The Secretary of Tourism Josefina Rodríguez Zamora and Sergio Rodríguez Abitia, ISTO President for the Americas, were present at the ceremony, and as Witness of Honour, the Governor of the State of Tlaxcala, Lorena Cuéllar Cisneros.

Meanwhile, ISTO Director for the Americas, Verónica Gómez, was present at the 2nd National Congress of Inbound Tourism, organised by the Colombian Association of Travel Agencies and Tourism - ANATO, last 18 and 19 November in Medellin.

This academic event targeted travel and tourism agencies, tour operators, airlines, transport companies, accommodation and lodging facilities, tour guides, tourist representation offices, etc., discussed different topics related to sustainability, rural tourism, the development of experiential themes of tourism products, among others, aiming to unite the sector around the development of domestic and inbound tourism to promote its growth in Colombia. With the participation of national and international speakers, ISTO Director for the Americas presented the conference “Social Tourism, a tool to boost domestic tourism” in front of nearly 250 participants attending. 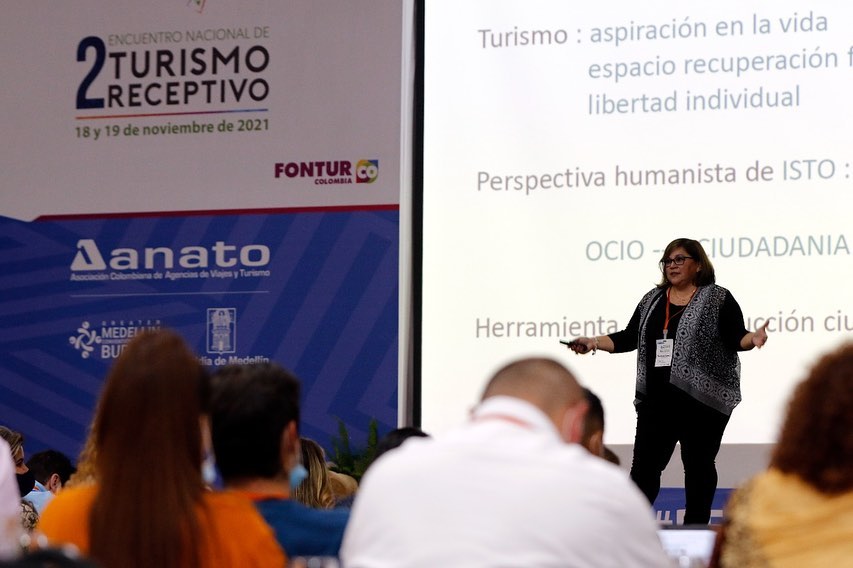 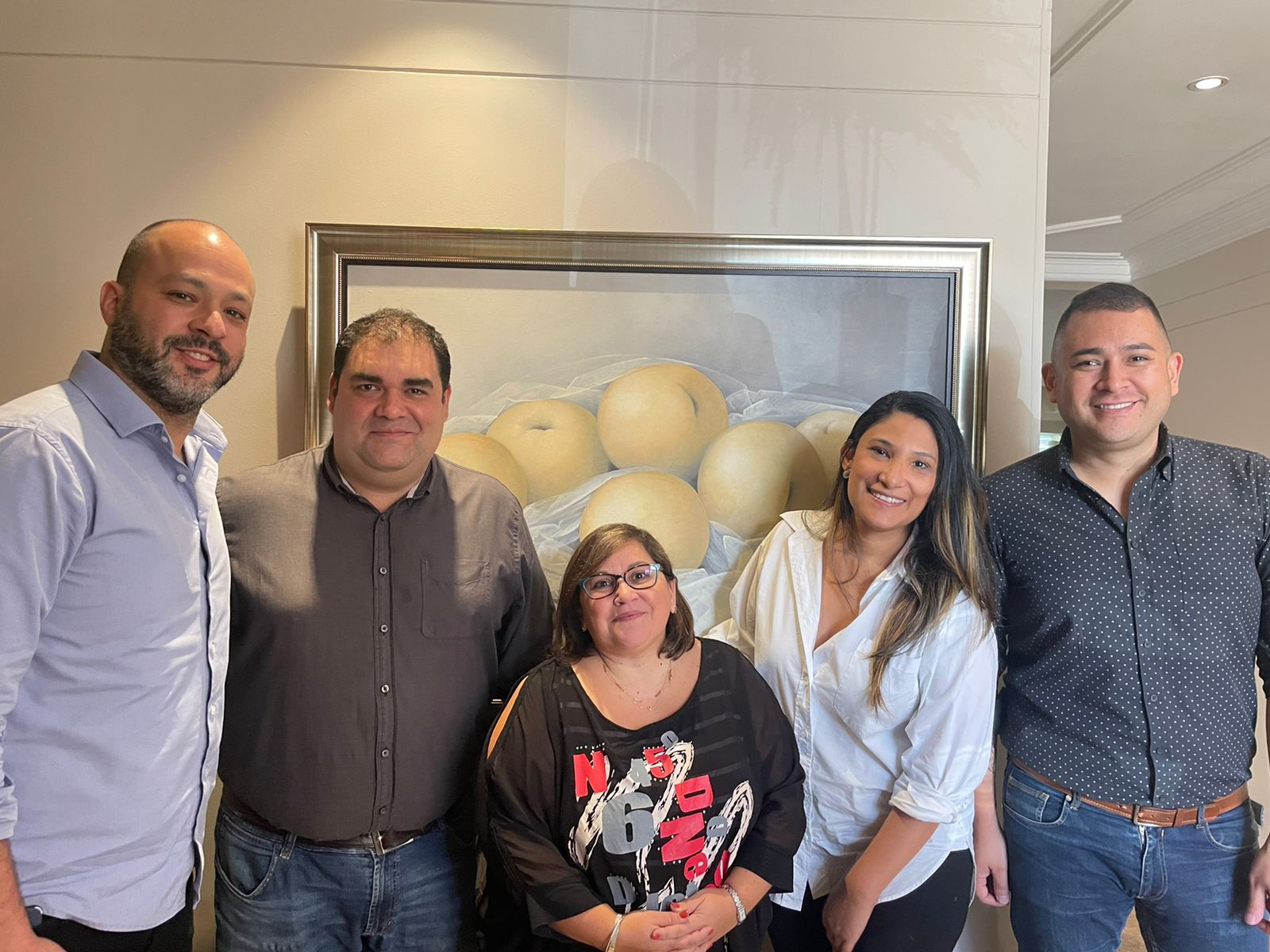