Despite its relevance and the rapid growth of the sector in recent years, tourism has long been undervalued by policymakers and has rarely been given its proper place in government priorities. More often than not, market forces have been left to determine the significance of the sector based on supply and demand.

The pandemic led to a drastic drop in tourism activity in many countries, and we have seen that the public authorities are paying closer attention to the tourism "ecosystem", as we like to call it now. The crisis was a brutal reminder that tourism represents a lot, especially in terms of employment and development for the territories. This is why several aid measures have been proposed and adopted by the governments to help the actors concerned and support the relaunch of tourism. This is also why, on an international scale and in particular at the level of the European Union, there has been a strong mobilisation so that tourism can once again be resumed under safe conditions.

While much has been said about how to relaunch tourism by making it more accessible, inclusive and sustainable in all its dimensions, there is also a need to reflect upon the position of the sector in future development policies and plans and to act to ensure that tourism gets the recognition it deserves.

It is in this context that the question of better consideration by public authorities of access to leisure, tourism and holidays must also be raised. The impact of the current crisis has left and will continue to leave many psychosocial marks in our societies where inequalities have been reinforced.

One of the axes on which the actors involved in Tourism for All must undoubtedly work more - and this concerns us at ISTO - is both on the benefits of going on holiday for the different strata of the population, but also on the social and economic cost that not going on holiday represents for the public authorities and the interest that exists in integrating this question into policies aimed at improving the health and well-being of the population.

It is, therefore, to be expected that in these difficult times tourism will regain its rightful place on the political agenda, that it can be strengthened and developed differently, and that the value of access to holidays as an integral part of the quality of life of citizens will be recognised. 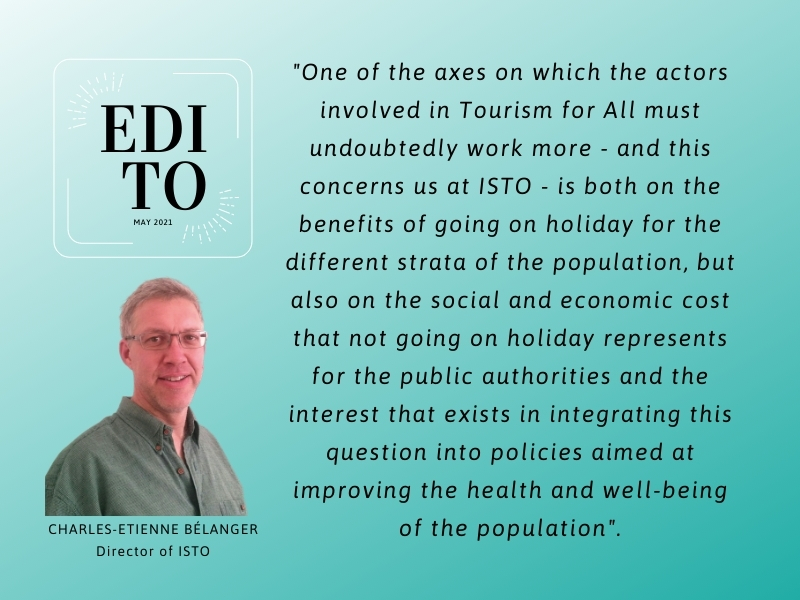 Why Madhya Pradesh is a model of gender equality and inclusion to reproduce?