The pandemic is affecting many sectors of the economy and various population groups worldwide. Increased inequalities and, in many countries, the halting of several years of development are among the most immediate consequences, in addition to the psycho-emotional impact of this crisis. Therefore, governments almost everywhere around the world adopted public policies to support hard-hit sectors such as tourism.

It is in this context that the new policies of Tourism for All adopted by governments at national or regional level represent concrete examples that can inspire many. 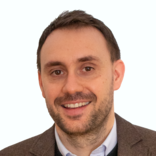 Simon has been General Delegate of the National Union of Tourism and Outdoor Associations (UNAT) since 2018.

In this capacity, he is also a member of the Conseil Supérieur de l'Economie Social et Solidaire and Secretary General of the Mouvement Associatif. Before that, he was chief of staff at the Ministry of Foreign Affairs, under the Secretary of State in charge of the promotion of Tourism (2014-2017), as well as at the Ministry of the Interior (2017).

Professor of Applied Economics at the University of Jaén 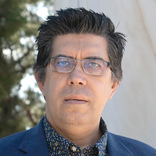 He is Professor of Applied Economics at the University of Jaén, where he directs the Laboratory for Tourism Analysis and Innovation (LAInnTUR) and coordinates the Official Master's Degree in Sustainable Tourism Planning and Management. He is also director of the Chair of Inland Tourism at the University of Jaén. His main lines of research focus on Tourism Economics and Tourism Sustainability, having published more than one hundred articles in journals that occupy relevant positions in the main international rankings. In the field of international consultancy, he has developed projects in different territories of Andalusia and Spain and, among others, in countries such as Brazil, Ecuador, Russia, Mexico, Peru and Chile.
See presentation 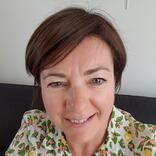 Involved in tourism since 2011 after more than 20 years 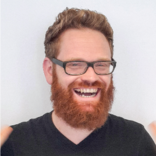 Seppe Dams lives in a Ghent and works for the network Everyone Deserves A Holiday as a network connector.

He tries to make sure there are plenty of tourism partners actively engaging within the network and this giving holiday opportunities for people in poverty. The challenge is to make sure these tourism partners feel supported enough and are connected in such a way with each other and other partners in the network that they can thrive in what they do within and without the network. If he’s not connecting people, hotels & holidays, Seppe likes to spend his time with his daughters, at a concert or on a gravel bike.
See presentation 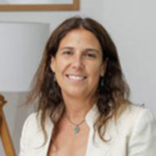 Commercial engineer from the University of Chile and served as executive vice-president of the Federation of Chilean Tourism Companies (Fedetur) since 2016.

She has more than twenty years of experience in this field, mainly in the commercial and marketing area, where she has focused primarily on the design and implementation of strategies for growth and positioning of the tourism segment, through brand development and partnerships with governmental and private entities. She has been the national director of the Servicio Nacional de Turismo (Sernatur), the public body responsible for promoting and disseminating the development of tourism in Chile, since 27 August 2018.

Plenary Session 1 - How can we impact the social sustainability of tourism in times of uncertainty?

Parallel Session 3 - How social sustainability of tourism can accelerate inclusivity?

Child and Youth Travel: Essential and Valuable for Everyone!

Holidays are for everyone: Research into the effects and the importance of holidays for people living in poverty