ISTO honours Mr Yves Singer, who died on April 29th at the age of 88 and who was president of the organisation between 1992 and 1996.

The International Social Tourism Organisation (ISTO) honours Mr Yves Singer, who died on April 29th at the age of 88 and who was President of ISTO (BITS at the time) between 1992 and 1996.

Yves Singer devoted almost all his professional life to the French association VVF Villages, member of ISTO, of which he was one of the founders, first as a facilitator and then, towards the latter part of his career, as Secretary General. He was also an active member of UNAT.

His talents as a speaker were put to good use on many occasions when he had to represent our organisation at international conferences and he was one of the architects of the Montreal Declaration "Towards a humanist, social vision of tourism" adopted in 1996 and whose 25th anniversary we are celebrating this year.

But above all, Yves Singer was an engaging man whose words and actions reflected the true values of sharing and solidarity that we at ISTO hold dear.

To all his family and friends, we send our most sincere condolences! 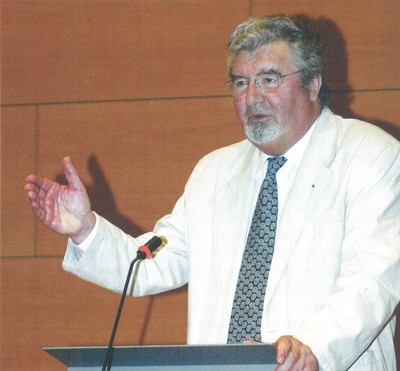