In this editorial, taking into account what is happening in Ukraine, I would like to come back to the role of Tourism as a vector of Peace. Some people might think that I am “stating the obvious” but it would be useful to reflect further.

While we are convinced that traveling allows us to get to know each other better and to reduce or even erase fears, the influence of Tourism goes, in fact, much further. Today, we depend, for the most part, on what communication channels tell us. We know that in certain circumstances this information can be garbled! To such an extent that people jump to conclusions that are completely baseless.

To illustrate my point, I would like to take Belgium as an example: my own country with its community problems. If we pay attention to some echoes, we will see that the general will would be to emphasize the regional split or even to extol the end of Belgium altogether.

There are also some stereotypes about both Walloons and Flemings! Thanks to tourism, many Flemings come to spend their holidays in Wallonia and the other way around. And what do we observe? A very large majority of Belgians do not want the end of Belgium and end up having their own opinion of the other community: mostly much more positive than that conveyed by some channels. This means that apart from erasing the fear of the other, Tourism can also serve as a counterweight to certain excesses. The conclusion of my editorial: 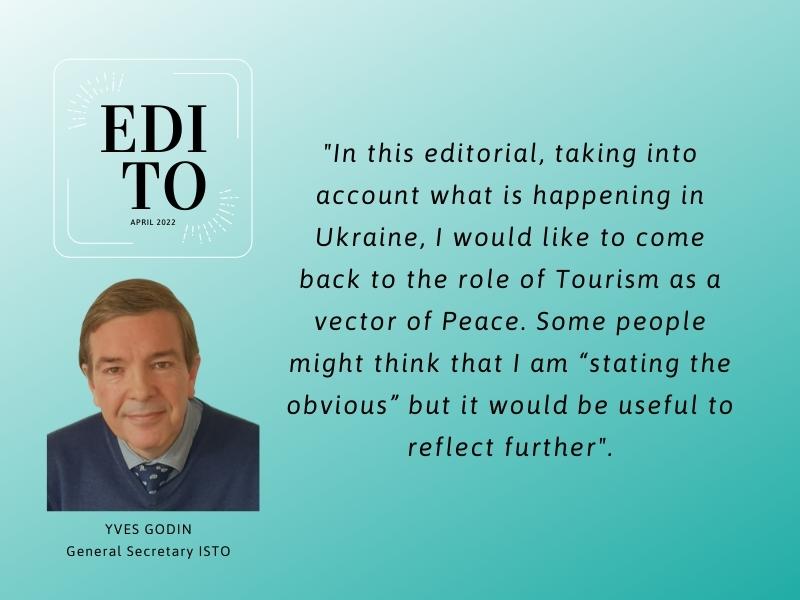 Solidarity message to ISTO members and partners in Germany and Belgium