Museums night and other social, solidarity and sustainable activities

On Friday May 29th, Puebla´s City Council participated in the “Municipio de Puebla: Noche de museos y otras actividades sociales, solidarias y sostenibles” webinar, which took part in the so-called E-Week of Fair and Sustainable Tourism for All. The success of the initiatives: "Noche de Museos", "Martes de paseos" and "Rutas accesibles" were presented as important elements of the effort to bring tourism into a better future, greater accessibility, towards solidarity and quality of life.

The occasion presented an opportunity for the International Social Tourism Organisation –ISTO- to reaffirm its commitment to this destination and commit to participate in the creation of the Tourism Development Plan for the city of Puebla 2025. The projects goal is to generate a comprehensive document that serves as a roadmap for the tourism industry in the city.

The strategy will allow the city to be a national benchmark for inclusive, social and sustainable tourism; without neglecting its strengths as a World Heritage Site and as an outstanding gastronomic destination. In this way, they will not only improve travel experiences and a better offer on touristic products, but will also promote and improve the development of its citizens.

Culture represents who we are, shapes our identity, it is a mean of promoting respect and tolerance among people. Curiosity guides travellers to discover a destination, creating a connection that enriches visitors and hosts.

Through cultural tourism, we in Puebla, generate employment opportunities, promote product diversification and work to preserve our spaces, sharing our expressions and generating a sense of belonging among citizens.

La Noche de Museos, has its origins in Berlin, Germany; in the year 1997. The strategy was replicated in different destinations, reaching more than 120 cities throughout Europe and the world. In Puebla, it has been successfully applied since 2012; taking advantage of the most significant weekends and different holidays throughout the year.

An entrance fee to the exhibition venues could represent a barrier especially for the sectors of society with less economic resources. For this reason, the program seeks to bring culture to everyone, offering the possibility of accessing tourist leisure and valuable expressions that otherwise would not be within the reach of certain sectors of the population.

In it, public and private museums participate, lengthening their usual opening hours granting free access to all visitors (local and foreign), which allows us to endorse the right to culture and education, by opening the doors of spaces and allowing to show the valuable collections they hold.

The experience began with the participation of 16 museums, for the last year (2019) the intervention of 52 venues was registered. Since its launching until today, 115 editions have been held, registering 1 million 881 thousand visitors to these spaces of knowledge.

Now a day as responsible travellers and in order to maintain social isolation to prevent the spread of COVID-19, the initiative evolved to a digital environment; in which “visits” were made to 21 exhibition venues through the Facebook account Noche de Museos Puebla and Puebla Ciudad Patrimonio, where several videos were uploaded; this made possible to experiment culture in Puebla.

In this way, 599 thousand 622 people were reached, 129 thousand interactions were registered, thanks to the 25 thousand 132 visits to the Puebla Noche de Museos account.

The capital of Puebla is intimately linked with numerous cultural and artistic expressions, the preservation and dissemination of its history and traditions has proven to be a fundamental strategy to enrich the knowledge of its citizens, promote peacebuilding and family harmony as well as sharing with the world a legacy that belongs to everyone. 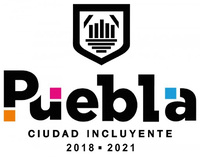 Launching of the EU WeMed_NATOUR project

Publication of the "Manual for the Implementation of Social Tourism Indicators"

And the winners of the ISTO Awards 2022 are…

Official launching of the "Manual of best practices on social, solidarity and sustainable tourism"

Social tourism for families with a terminally ill parent

Beyond accessibility: exploring the representation of people with disabilities in tourism promotional materials